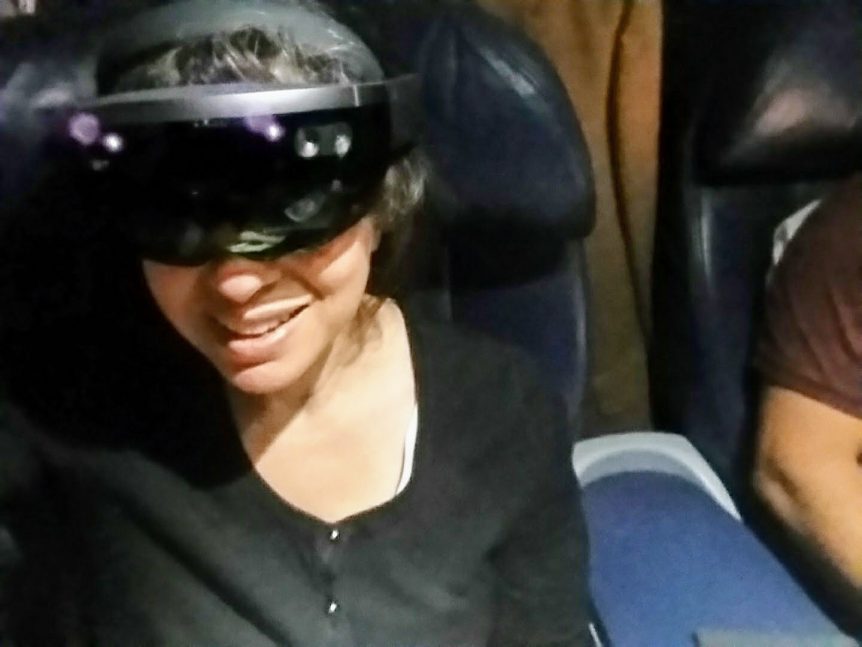 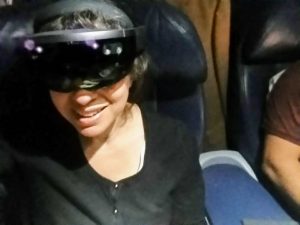 I read about VR in the early 1990’s, mostly Jaron Lanier’s technology and research. Back in 2012, I experienced some trials of VR I thought the attempts were ok, but the technology lacked depth.  Last spring I got to try a VR creation of the universe, and it was an extraordinary experience. I believed I could reach out and touch Earth. The creator used NASA’s imagery.

Just this past fall I was on a flight from Charlotte to Phoenix, I was sitting next to this entrepreneur, who was in the construction software business. We had a great conversation about all things tech. I got an education on different uses of technology like AR and VR in construction. He asked me my favorite question, “Do you want to see something cool?” Of course. He pulled out of his travel bag MS Hololens and gave it to me to try out. I was reasonably excited by it, and if only AA knew how many cats, dogs, and snakes I place on the plane through. It was an experience that made me rethink AR and VR as a tool that could do so many things. AR and VR could change perception. Imagine learning history through the MS Hololens. You would learn it and experience it.